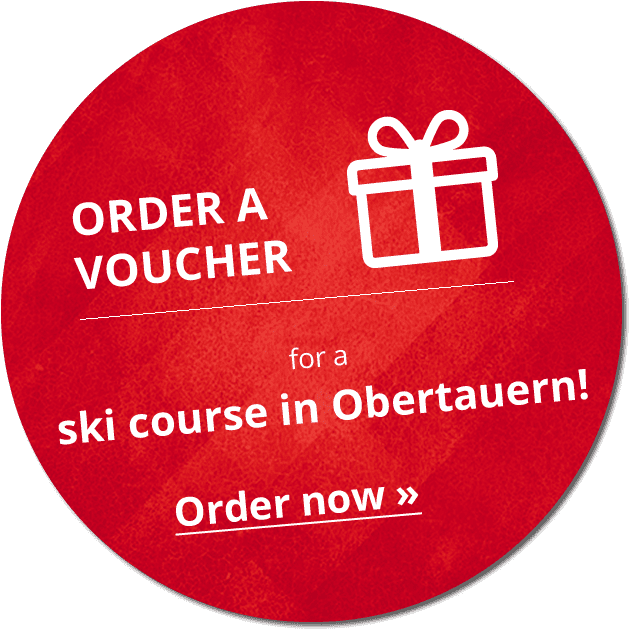 The main office of the CSA Silvia Grillitsch Skiing School is situated precisely in the centre of Obertauern. Situated right on the B99, the Katschberg federal highway [Bundesstraße], we are easy to get to. Several offices and assembly and meeting points for skiing courses and guided tours are distributed across the area. Therefore, our Skiing School is easy to find at all times and everywhere in Obertauern.

By inputting the coordinates below into your navigation system. You will reach the Skiing School office from all directions, without any problems: 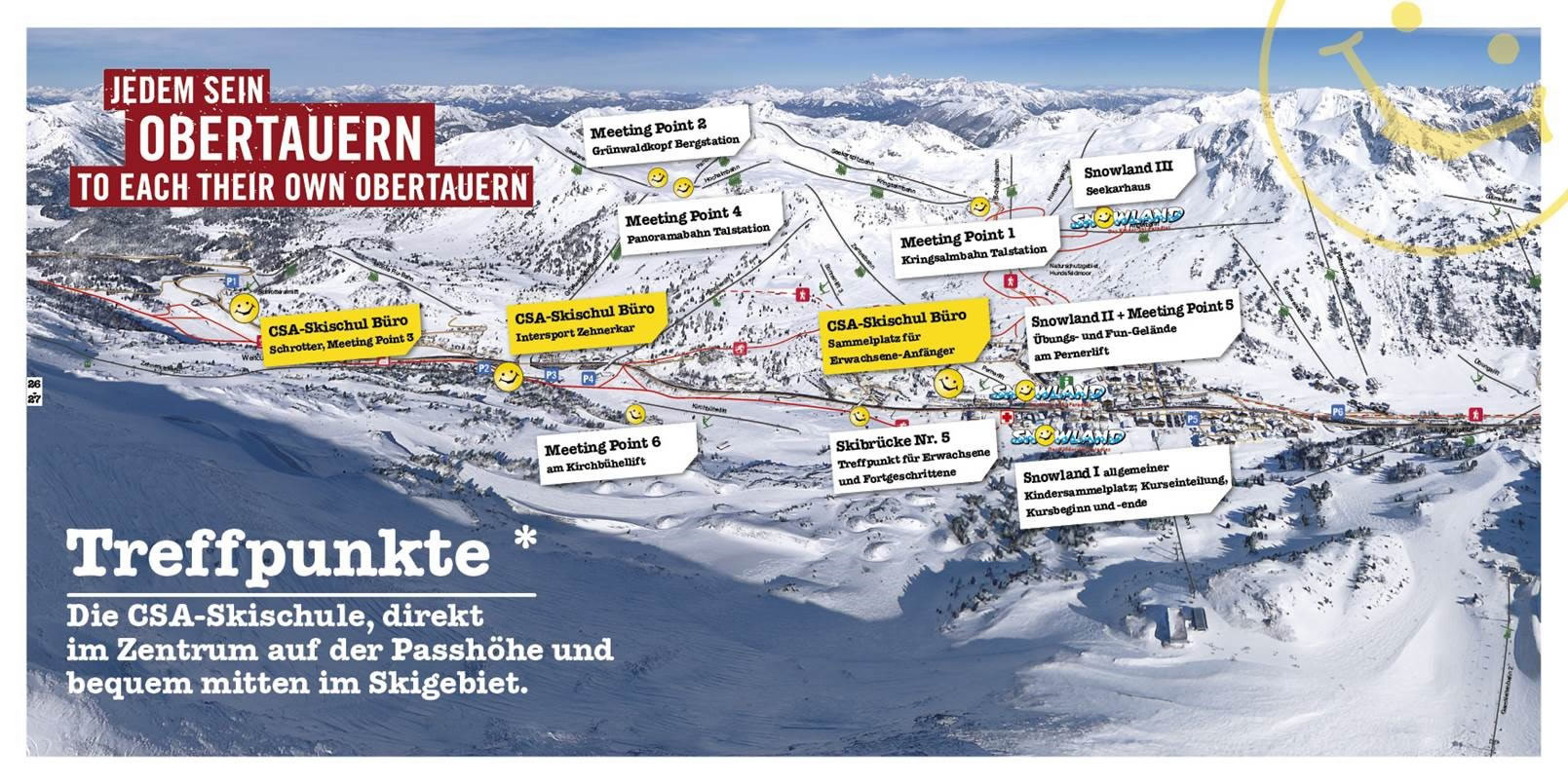 Overview of meeting points
Route planner – Work out your route
Please choose your location:
Travelling by car
Coming from Munich,
take the A10 Tauern autobahn to the Altenmarkt Exit 63. From here, go out over the B99 Katschberg federal highway via Radstadt until Obertauern.

Coming from Villach
Take the A10 Tauern autobahn as far as the Mautstelle St. Michael Exit 104. Here, take the B99 in the direction of Obertauern. 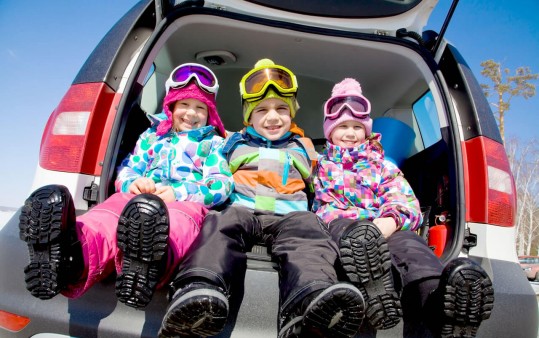 Coming from Vienna
Along the A2, the Semmering Highway, S6 and further on the S36 to Judenburg. On the Murtal federal highway, you will go via Tamsweg and Mauterndorf as far as Obertauern.

All national and international trains stop at the station in Radstadt (20 km from Obertauern). After that, you can continue your trip by bus or taxi to Obertauern:

You will fly to Salzburg (90 km away) or to Klagenfurt (140 km away). From the airport, a shuttle taxi will take you to Obertauern.

For all children on skiing courses, all beginners and for private lessons we offer a free VIP shuttle service from and to all hotels in Obertauern.

More on the facilities 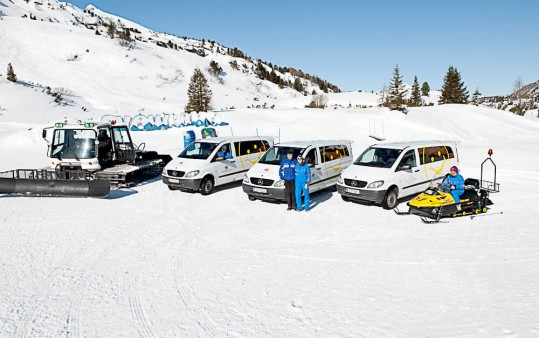